Steve Watts, Cost Consultant, is a Partner at London-based alinea Consulting. He is an authority on the economics of tall buildings, having spent a professional career that is full of high-profile towers, including the HSBC headquarters at Canary Wharf, The Leadenhall Building, The Shard and currently 22 Bishopsgate - as well as a number of international projects.

Steve is a longstanding active contributor to the Council and has written and presented numerous papers on the commercial aspects of tall buildings and their impact on cities. His advocacy of research together with his impressive experience means that he is always looking to marry the two and promote best practices on live projects. 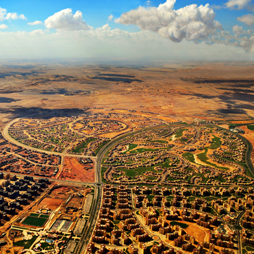 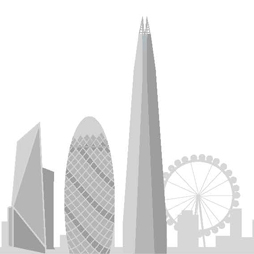 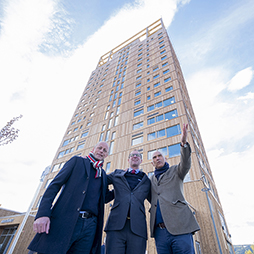 CTBUH Chairman to Keynote Egypt 2020 Skyscraper Conference
27-29 Feb 2020, Cairo – Event Invite
After the success of the 2019 Egypt's Skyscrapers Conference in Cairo, CTBUH is pleased to support the country's next skyscrapers conference from 27–29 of February.

Record Numbers Convene at 2018 Leaders Meeting
20 Oct 2018, Dubai – Event Report
CTBUH Leaders convened on Day 1 of the 2018 Middle East Conference for updates on the year's developments and to plan for 2019.

CTBUH Trustees Convene in Dubai
20 Oct 2018, Dubai – Event Report
The CTBUH Board of Trustees met for the second time in 2018, just prior to the 2018 Middle East Conference, to undertake high level discussions on the Council's future.

CTBUH UK Chapter Hosts: Geometry of Tall Buildings
29 Jan 2018, London – Event Report
The CTBUH UK Chapter recently hosted a conversation between architects and engineers on the geometry of tall buildings and its impact on the design trends of the future.

David Malott Passes the CTBUH Chairman’s Gavel to Steve Watts
31 Oct 2017, Sydney – Conference Activity Report
On the second day of the 2017 Australia Conference, all conference delegates gathered in Sydney to see Steve Watts sworn in as the next chairman of CTBUH.

CTBUH Leaders Connect at 2017 Conference
29 Oct 2017, Sydney – Event Report
The Annual Leaders Meeting was held the day before the start of the CTBUH 2017 Australia Conference, bringing together the Council’s leaders.

Steve Watts to Become Next CTBUH Chairman
26 Sep 2017, Chicago – CTBUH News
The Council on Tall Buildings and Urban Habitat is pleased to announce that Steve Watts has been confirmed to become the organization’s next chairman.

CTBUH UK: Manchester Urban Housing Debate
26 Jul 2017, Manchester – Event Report
CTBUH held its first Manchester event in coordination with the CTBUH UK Chapter in a debate on the development of urban housing in the city.

CTBUH UK Learns About "A Day in the Life of The Shard"
26 Jun 2017, London – Event Report
An audience of 100 streamed into the Warwick Business School on the 17th floor of the Shard, to hear about the challenges of operating the tallest building in Western Europe.

CTBUH Germany Hosts Symposium on Technical Innovation
22 Jun 2017, Rottweil – Event Report
CTBUH Germany held a symposium to discuss the role of technical and technological innovation and its effect on the various disciplines within the construction industry.

CTBUH Board of Trustees Set the Agenda for 2017
16 Oct 2016, Shenzhen – Event Report
The Board of Trustees held their second meeting of the year in conjunction with the 2016 Conference to discuss the Council’s plans for 2017.

2016 CTBUH Leaders Meeting Report
16 Oct 2016, Shenzhen – Event Report
The Annual Leaders Meeting was held this year in conjunction with the 2016 Conference in China, bringing together the Council’s leaders from around the world.

Motorsport Technology Transferred to the Design of Towers
10 Feb 2016, London – Event Report
A discussion on the application of Computational Fluid Dynamics, a successful technology in motorsport and aerospace, to architecture and tall buildings.

October 2015 Trustee Meeting Report
25 Oct 2015, New York City – Event Report
The second CTBUH Board of Trustees meeting of 2015 took place before the 2015 Conference. The Board discussed Council strategy for the upcoming year, as well as welcomed new Trustees.

Activity at the CTBUH London Conference: Pre-Conference
10 Jun 2013, London – Conference Activity Report
See the highlights from the pre-conference activities including the networking reception held at the top of 30 St Mary Axe and the launch of UltraRope.

Trustees Meeting 2013, Chicago
4 Mar 2013, Chicago – Event Report
The board of trustees of the CTBUH held its annual meeting at IIT in Chicago on March 4. As a first order of business, the board welcomed three new trustees.

Shanghai Congress News Day Congress: Day Three
21 Sep 2012, Shanghai – Conference Activity Report
See the highlights from the third day of the CTBUH 2012 Shanghai Congress including the plenary on the past, present, and future World's Tallest Buildings.

Trustees Meeting 2012 Report, Chicago
19 Mar 2012, Chicago – Event Report
After one of the most successful years in the 43-year history of the CTBUH, the Board of Trustees gathered to review recent initiatives and discuss the Council’s long-term strategies.

CTBUH Makes New Leader Appointments
14 Sep 2011, Chicago – CTBUH News
The Council is pleased to announce the appointment of two new members to the Board of Trustees, Dennis Poon and Steve Watts, and one appointment to the Advisory Group, John D. Nipaver.

Height Committee Meeting, 2007
24 May 2007, Chicago – Event
Attended by 27 representatives from 5 countries, this meeting typified the complex factors involved in the determining of height, and the title of ‘The World’s Tallest.'

Polycentric vs. Monocentric: The Future of Vertical Urbanism? 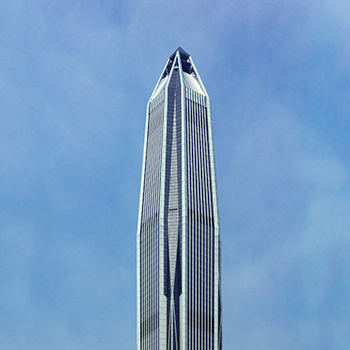 CTBUH Expands UK Presence with Debate on Urban Housing in Manchester
26 Jul 2017 – Other Videos; Steve Watts, Alinea Consulting; Antony Wood, CTBUH; Matt Hayward, 5Plus Architects; et al.
On July 26. 2017 the CTBUH held its first Manchester event in coordination with the CTBUH UK Chapter, marking the occasion with a debate on the development of urban housing in the city.

Vital Signs, Vital Statistics – The Impact of Shape on Tower Economics
11 Jun 2013 – Presentation at CTBUH 2013 London Conference; Steve Watts, Alinea Consulting
Shape, more than anything, drives the cost of tall buildings; but to what extent does cost drive shape? The particular constraints of historic environments like London can make this an uneasy relationship, and one that is quite different to the…

The Office of the Future
Oct 2011 – Presentation at CTBUH 2011 Seoul Conference; Steve Watts, Davis Langdon
Steve Watts is a Director of Davis Langdon, an AECOM company, based in London, UK. He is a cost consultant by profession and leads the firm's global Tall Buildings Group. Steve presents about the impact of tall buildings on capital cost, long term…

The Economics of Sustainability & Mixed-Use
22 Oct 2009 – Presentation at CTBUH 2009 Chicago Conference; Steve Watts, Davis Langdon
Davis Langdon’s cost model for tall buildings is a seminal reference tool in the industry. In addition, a complimentary reference for sustainable-economics in the context of tall is being developed as part of the CTBUH Sustainability working group.…

Connecting the City: People, Density & Infrastructure
30 Oct 2017 – CTBUH Journal, 2017 Issue IV; CTBUH 2017 Conference Speakers
The future of humanity on this planet relies on the collective benefits of urban density; reducing both land consumption and the energy needed to construct and operate the horizontally dispersed city. Tall buildings must now be the vehicles for…

Cities to Megacities: Perspectives
Oct 2016 – CTBUH Journal, 2016 Issue IV; CTBUH 2016 Conference Speakers
The CTBUH 2016 International Conference is being held in the three cities of the Pearl River Delta, the world’s largest “megacity,” projected to have 120 million inhabitants by 2050. The conference brings together some of the leading thinkers on…

The Vertical Master Plan
26 Oct 2015 – Global Interchanges: Resurgence of the Skyscraper City; Temoor Ahmad & Neven Sidor, Grimshaw Architects; Steve Watts, Alinea Consulting; Adam Miller, Thornton Tomasetti
With over half of the world’s population now living in an urban environment, major world cities (especially) will always grow in population over time. To avoid city sprawl, urban densification will be required. This will need to happen at a steadier…

Office vs. Residential:The Economics of Building Tall
May 2013 – CTBUH Journal, 2013 Issue II; James Barton & Steve Watts, Davis Langdon
When it comes to tall buildings in London, the sky’s the limit, and not necessary in terms of height. With rents among the highest in the world and investors eager to see strong returns, the incentive to maximize floor plates, as well as the…

Effective & Sustainable Tall Buildings: A Blueprint for the Future
Sep 2012 – CTBUH 2012 9th World Congress, Shanghai; Steve Watts, Davis Langdon; Judit Kimpian, Aedas
The ‘Future Office’ Study responded to the challenge of creating a tall office buildings in central London for half the current benchmark – without compromising design credentials and while ensuring true sustainability. The principle of exploring the…