Dr. Montgomery (P.Eng.) is Kinetica’s Principal Structural Engineer and is an expert in the design of high-performance technologies that increase the resilience and dynamic performance of high-rise buildings and complex structures subject to wind and earthquake loading. Michael has 15 years of experience working on the design of high-profile tall buildings in Canada and internationally.

Michael was Kinetica’s Principal in charge of the Y+C Condos building Coupling Damper design. He has a number of patents and has numerous publications in the area of tall building design and damping technologies. Michael won the top prize for the 2011 Innovation Challenge Award, a Canadian national award recognizing inventions that have the potential of transforming industry practice. 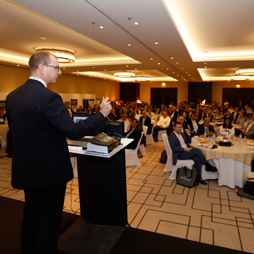 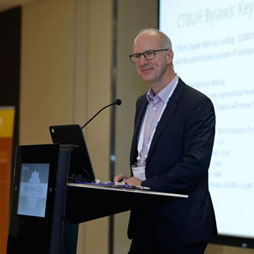 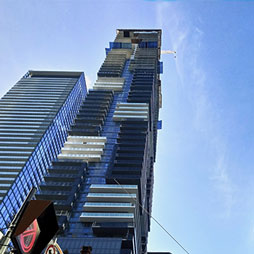 Record Numbers Convene at 2018 Leaders Meeting
20 Oct 2018, Dubai – Event Report
CTBUH Leaders convened on Day 1 of the 2018 Middle East Conference for updates on the year's developments and to plan for 2019.

CTBUH Leaders Connect at 2017 Conference
29 Oct 2017, Sydney – Event Report
The Annual Leaders Meeting was held the day before the start of the CTBUH 2017 Australia Conference, bringing together the Council’s leaders.

2016 CTBUH Leaders Meeting Report
16 Oct 2016, Shenzhen – Event Report
The Annual Leaders Meeting was held this year in conjunction with the 2016 Conference in China, bringing together the Council’s leaders from around the world.

CTBUH Leaders Discuss Ways to Broaden Council Membership
15 Sep 2014, Shanghai – Event Report
The leadership of the Council convened in the Leaders Meeting to participate in discussions about how to widen the Council’s reach and effectiveness.

Inside Look at Aura Tower
29 Oct 2013, Toronto – Tour Report
The Canada chapter hosted a tour of Canada’s future tallest residential building, Aura. When completed, the building will be 272 meters tall.

Tour of the Hullmark Centre
13 Aug 2013, Toronto – Tour Report
Michael Montgomery of Kinetica Dynamics and Andrea Calla of Tridel showed off the under-construction Hullmark Centre during a tour attended by more than 40 people.

CTBUH Canada Inaugural Meeting
2 May 2013, Toronto – Event Report
The first event organized by the newly formed CTBUH Canada Chapter was held at the University of Toronto on May 2, to a highly enthusiastic reception.

Design of a Slender Building with High-Performing VE Dampers

Design of a Slender Building with High-Performing VE Dampers